In addition to quantitative and qualitative changes that have already been covered, there are some other initiatives that I would call important and that I was working on personally. They may look as not that big, or they might not have produced a tangible economic result yet. But taken altogether, they did play a significant role. A modern national company and modern markets are complex systems that consist of many large and small elements, all of which are important if a system is to function efficiently.

Working together with an internal team, our partners, our supervisory board and external consultants, we have developed a strategy for the Naftogaz Group. This strategy is all about transforming Naftogaz into a modern national company that acts in the interests of consumers and the Ukrainian state as a whole. Such a strategy has never existed before.

We have also developed a number of initiatives aimed at transitioning to modern management practices that are a major departure from the way a post-Soviet half-company/half-ministry used to be run.

International partners for the GTS

Despite some initial pessimism, we were able to interest several European operators and one American operator in trying to work out ways in which we could cooperate, including attracting investments. In so doing, we have debunked the myth that the Ukrainian gas transmission system (GTS) was of no interest to anyone except Gazprom. We have demonstrated that the catch was in how one goes about engaging top-tier international partners – and the people involved in this process.

Coordination of the subsidiaries’ operations

I had the authority to coordinate the work of a number of Naftogaz subsidiaries. This type of work, unlike direct management, means that you can “raise an issue” or help solve a problem that the subsidiary is having. However, you cannot give orders or assume full control of operations.

It would be unfair to “appropriate” the accomplishments of companies whose operations I coordinated. By the same token, I cannot be made responsible for all of their problems, especially since many of my suggestions have not been taken into account. Thus, I will just point out that there have also been positive changes at these companies, which made a major contribution to the overall success.

Ukrgazvydobuvannya went from production decline in 2015 to growth in 2016, 2017 and 2018. The company has seen the elimination of large-scale corruption schemes involving so-called “joint venture” contracts and procurement. 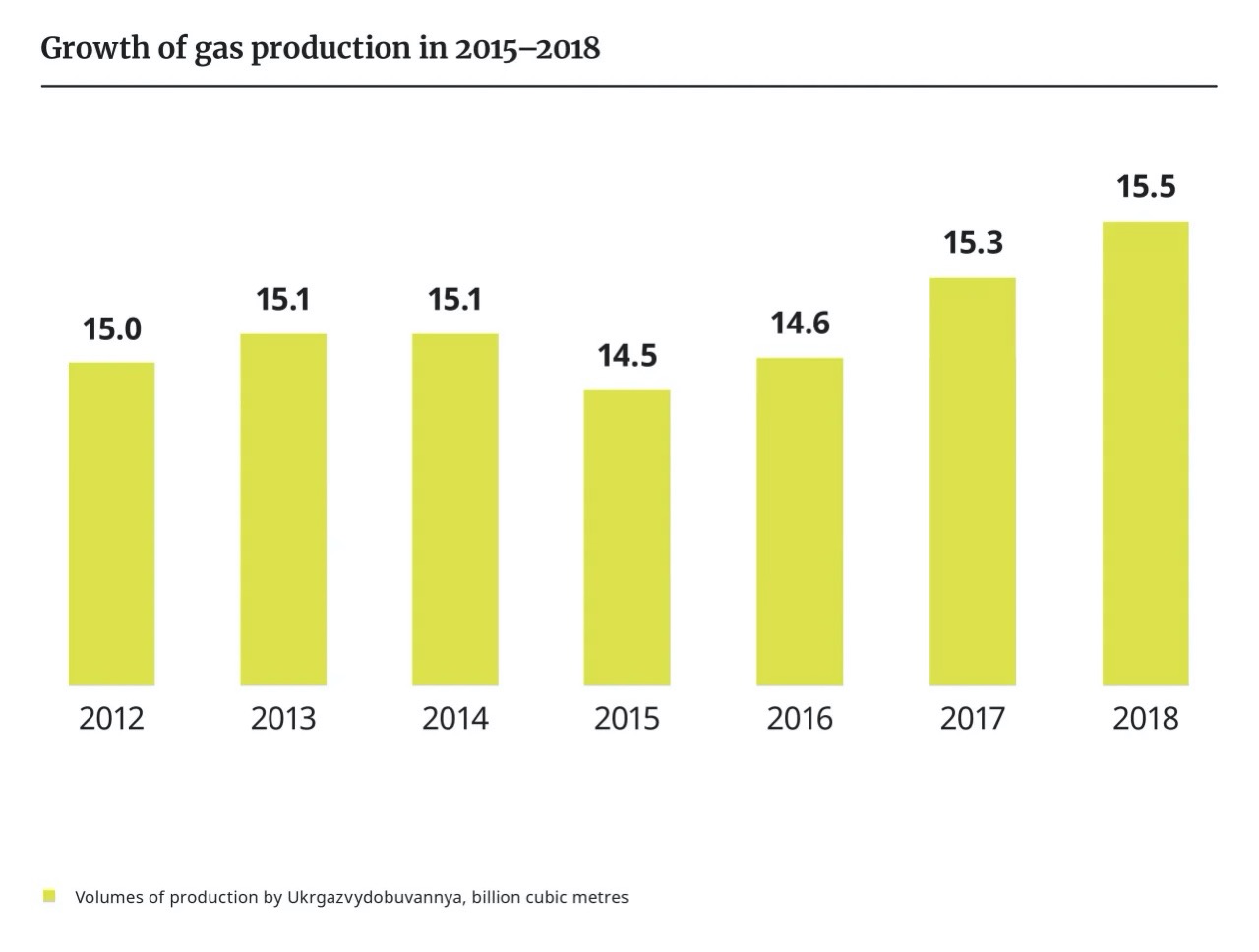 In turn, Gas of Ukraine was able to successfully collect on multi-billion-dollar debts racked up by chemical plants owned by the oligarch Dmytro Firtash – something that had previously seemed impossible. The CEO of Gas of Ukraine, together with the new management at Kirovogradgaz, was able to figure out a large-scale corruption scheme based on using lists of so-called “dead souls” (fictive consumers), and initiated a criminal investigation, all within mere months. And it took just over one month (with the help of gas supply subsidiaries) to put in place a new, more modern system of gas sales in the wholesale market.

A joint venture that Naftogaz entered into in Egypt started bringing in positive cash flows. Ukrspetstransgaz, against the background of extremely negative developments in its main market, developed new business opportunities and was able to maintain financial stability. Ukravtogaz became more successful, at least as compared to earlier management, in fighting corruption schemes and improving operational efficiency. However, it may be the most troubled of our subsidiaries; numerous bureaucratic hurdles stand in the way of quick modernisation of the company. It is also negatively affected by competition from private firms that are, with good reason, suspected of selling stolen gas.

The changes I am outlining did not happen at the behest of politicians or authoritarian leaders. What happened at Naftogaz was rather a pluralistic process based on continuous learning, modern approaches to company management, and market-based principles. Experience and knowledge, proactivity and engagement, rather than formal positions or rank – these are the factors that carried the day.

From time to time (but certainly not always) there were situations in which help from politicians played an important role.

Another success factor was Naftogaz’s noticeability, as a national company, on the geopolitical level.