Earlier, nearly all gas imported into Ukraine was being purchased by Naftogaz under a long-term contract with Gazprom that had been executed in fulfillment of political agreements. Its terms and conditions were a far cry from European standards.

Small volumes of gas would be purchased from European companies to be delivered at Ukraine’s western border. However, these deliveries were made under terms and conditions that did not meet European standards: the price included a substantial premium over European prices.

Eventually, supply contracts with European companies began to be used as part of a scheme to optimise VAT payments, and the price would sometimes exceed that offered by Gazprom. I have often heard that these schemes were run by businessmen like Rinat Akhmetov and Oleksandr Onyshchenko (the latter has now been charged with corruption).

Further, the European import capacity could cover only 25 percent of Ukraine’s annual demand for imported gas, and there were no guarantees: the supply could be disrupted at any moment. In other words, this was not a real alternative to gas supplies from Russia.

Besides, even if Ukraine had secured supplies from Central Asia, which was theoretically possible, it would not have changed the situation, as deliveries from Central Asia had to pass through Russian territory. Given that 56 percent of Ukraine’s gas consumption needs had to be covered by imported gas, the dependence on gas supplies from Russia was at a critical level.

Today, Ukraine receives its natural gas from many importers, including leading European companies.

The capacity for European imports has increased threefold and now far exceeds Ukraine’s needs. An ample percentage of this capacity is firm, i.e., gas deliveries from Europe are not supposed to be interrupted even if Russia stops gas transmission through Ukraine. This means that Ukraine has shaken off its critical dependence on gas supplies from Russia.

Naftogaz purchases gas only from Europe, only from first-rate European companies (no shady intermediaries or dubious outfits), only under standard European contracts, and only at market prices. 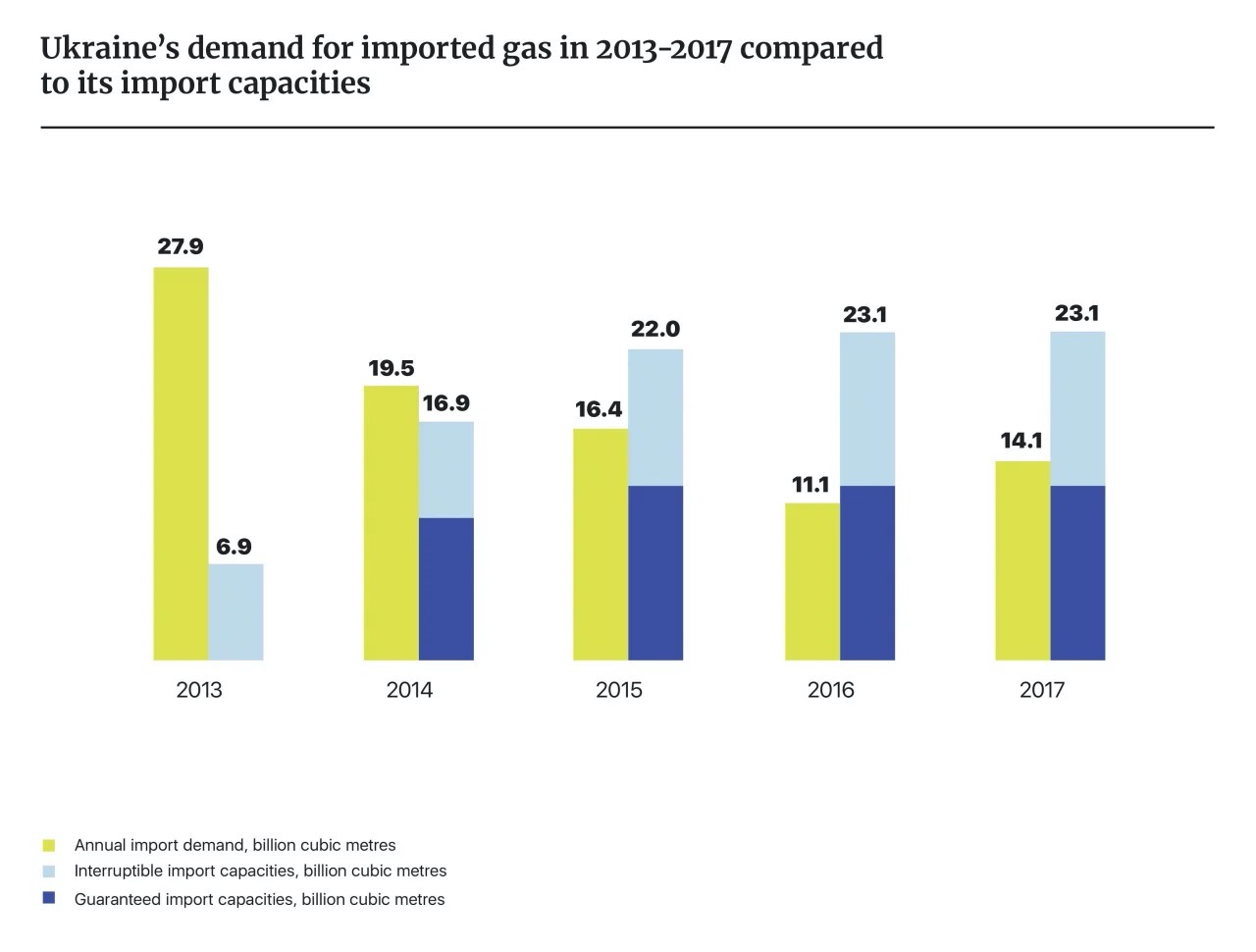 In fact, we have structured the procedures for gas purchases in such a way as to leave no room for corruption: first-rate European companies are afraid to give bribes, and it would not make sense for them anyway, as they sell on the same terms as they do in the liquid European gas market.

Thus, by eliminating opportunities for opaque behind-the-scenes arrangements, we have intentionally destroyed the feeding trough of corruption in Ukraine’s gas trade. Not only had it brought millions of dollars and power to those who were in control of it, but it would also have undermined the foundations of Ukraine’s statehood. That is why Russia propped it up for so long.

We have also built a competitive wholesale gas market in Ukraine, deliberately relinquishing our dominant position.

Lastly, I must also note that although Naftogaz formally used to occupy the dominant position in the Ukrainian market, in reality, the market was controlled by Gazprom, as it both determined the price and received the economic benefits of the absence of genuine competition.