Ukraine began industrial-scale oil and gas production long before many other countries – almost 250 years ago. The town of Drohobych was granted the right to light its streets with “rock oil” as early as the 16th century. The first written mention of oil deposits in the Carpathians dates back to 1617. Production from the old Sloboda Rungurska field dates back to at least 1711. The next century and a half saw the emergence of oil and gas companies all over Ukraine.

At the beginning of the 20th century, the Galicia region ranked as the world’s third largest oil producer after the USA and Russia. Applications for this output included street lighting in Ukrainian cities and towns, which made them safer and more comfortable to live in. 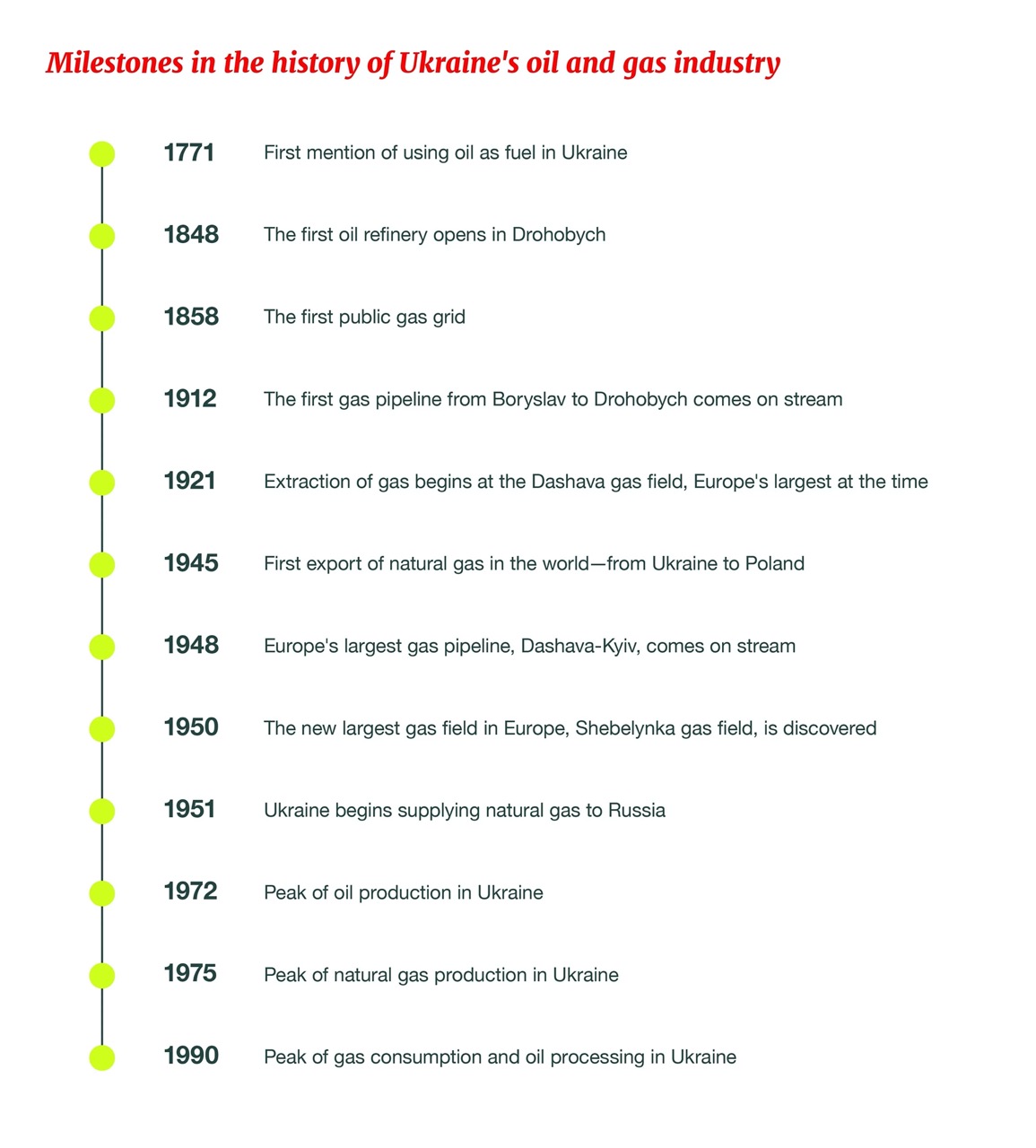 Ukrainian oil and gas industry boomed in the 20th century

This boom began when the Dashava gas field – ranked as Europe’s largest at the time – and the first gas pipeline were put in service. Ukraine’s natural gas industry developed at rates that made it famous throughout Europe and worldwide. 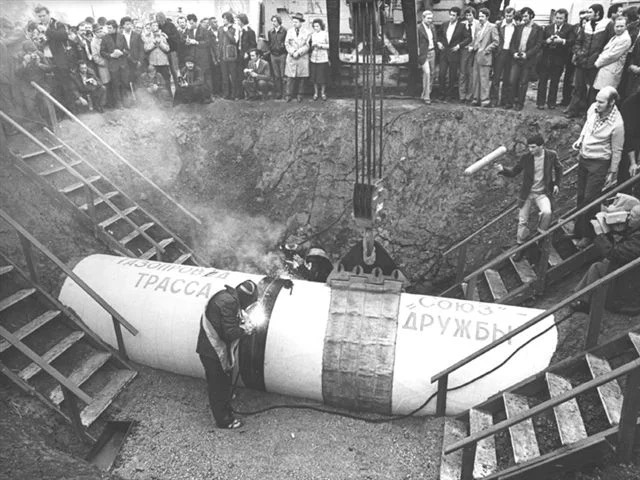 – Gas extraction at its peak exceeded current production levels by a factor of 3.5 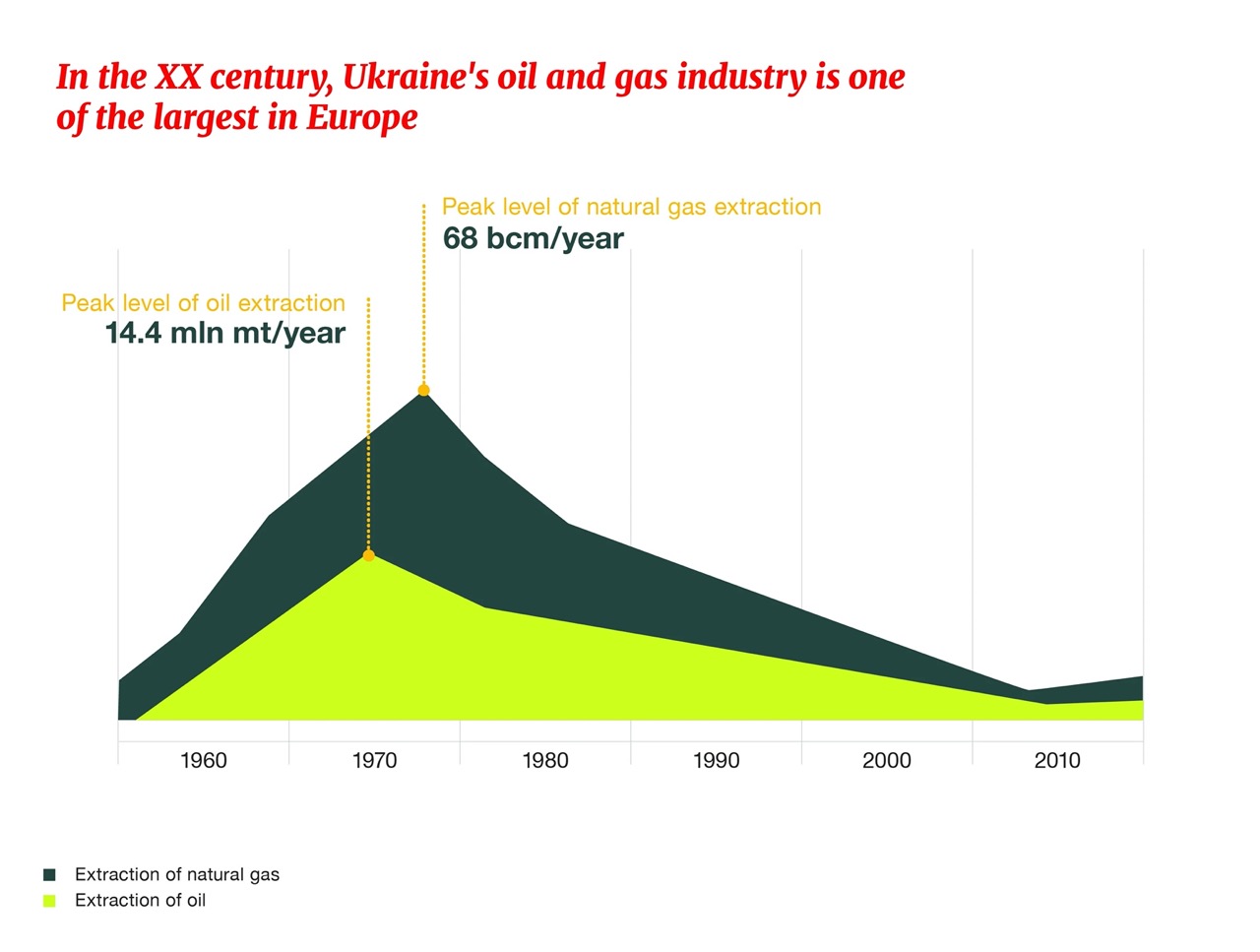 In the 1980s, trunk pipelines were laid across Ukraine to connect gas fields in Siberia with consumers as far as away as western Europe. At Ukraine’s western borders, depleted underground gas reservoirs were repurposed as large storage facilities.

This is how Europe’s largest gas transmission system emerged. It became the heart of a sophisticated technological complex comprising gas fields, compressor stations and storage facilities, as well as industrial, transmission and distribution pipelines.

Ukraine’s oil and gas complex is what connects the burners on kitchen cookers with deep underground gas deposits located thousands of kilometres away. The system is flexible enough to accommodate significant daily and seasonal fluctuations in the demand for gas.