0
Yuriy Vitrenko Library How Do We Win t...

How Do We Win the War?

Despite important accomplishments, the standoff between Naftogaz and Gazprom is not over. In order to achieve a final victory, Naftogaz, the civil society, the government, and our international partners need to unite around a shared purpose.

In my previous articles, I have outlined how the Russian Federation uses Gazprom as a tool in its hybrid war against Ukraine and how Naftogaz, after the new team took charge in 2014, has defied expectations by winning all the important battles against Gazprom.

Specifically, we were able to achieve the following:

– secure gas supplies to Ukraine from Europe despite the fact that Gazprom halted its supplies in the summer of 2014 and even tried to block Ukraine from finding alternative sources of gas; thanks to this, Ukraine was able to avert an economic and humanitarian disaster and did not allow Putin to bring it to its knees;

[1] This amount includes all financial claims actually set forth by Gazprom under the take-or-pay clause for the period from 2012 to 2016, the impact of take-or-pay if it were applied to the period from 2017 to 2019, the impact of applying the original contract price from April 2014 to 2019 instead of the price as revised by the tribunal, as well as payment for gas volumes off-taken in the first half of 2014 but not paid for as of the time when the gas was off-taken. The estimate is calculated as of the date of the tribunal’s final decision in the transit contract case, February 28, 2018.

These are our common victories. They unite all Ukrainians and our international partners who help us to defend ourselves from the Russian aggression and to achieve a better future for our children. 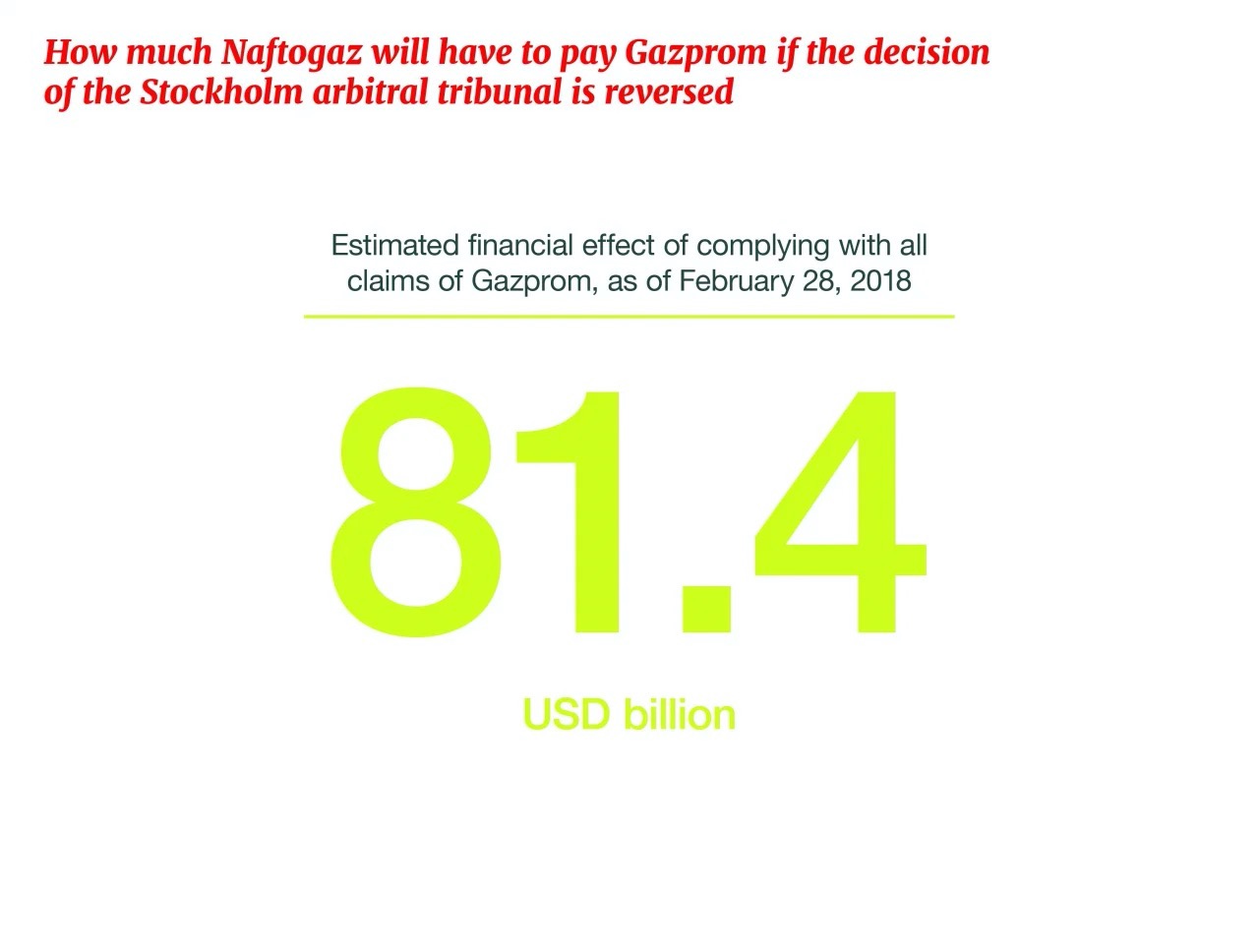 But the standoff between Naftogaz and Gazprom is not over. Tensions are in fact rising:

– Gazprom has refused to comply with the decision of the arbitral tribunal – it has not paid the USD 2.6 billion awarded to Naftogaz and is not supplying gas at the revised price.

– Instead, Gazprom has appealed the decision to a Swedish appeals court on clearly manufactured grounds.

– Also, Gazprom has started a new arbitration in Stockholm against Naftogaz, seeking, against the rules, a relief that would basically reverse the decision of the previous tribunal.

– In parallel, Gazprom is finishing the construction of Nord Stream 2 and TurkStream – projects that could allow it to do without the Ukrainian gas transit system altogether.

– For continuing transit via Ukraine, Russia is demanding terms that are absolutely unacceptable: for Naftogaz to waive its entitlement to the payment of USD 2.6 billion (plus interest) by Gazprom and restore “the balance in the relationship”, which effectively means going back to the time when Ukraine spent more money purchasing gas from Russia than it earned from transit. On top of this, Russia offers no guarantees with respect to transit volumes and the associated payments and is trying to block the application of European rules. This hurts Ukraine’s interests too. 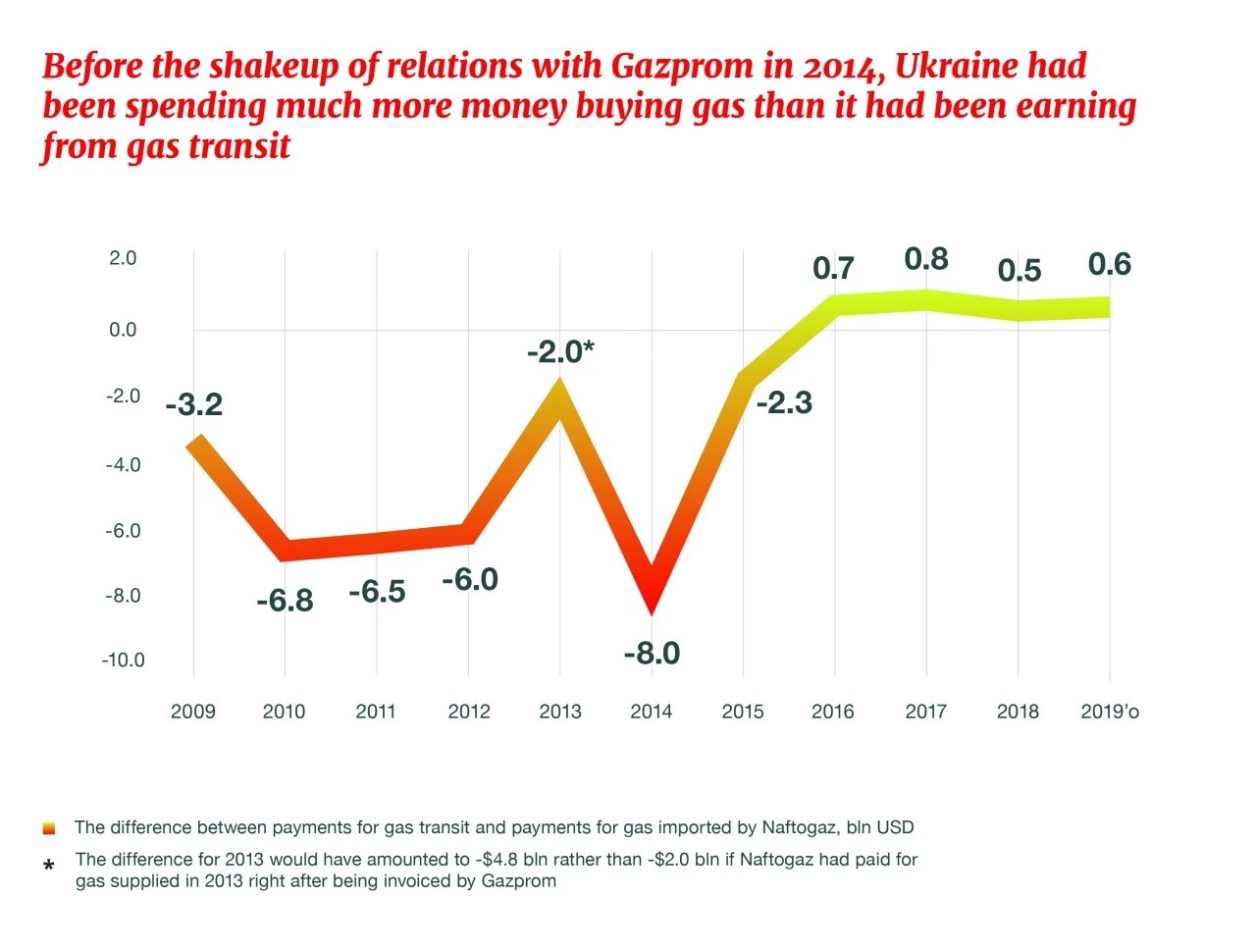